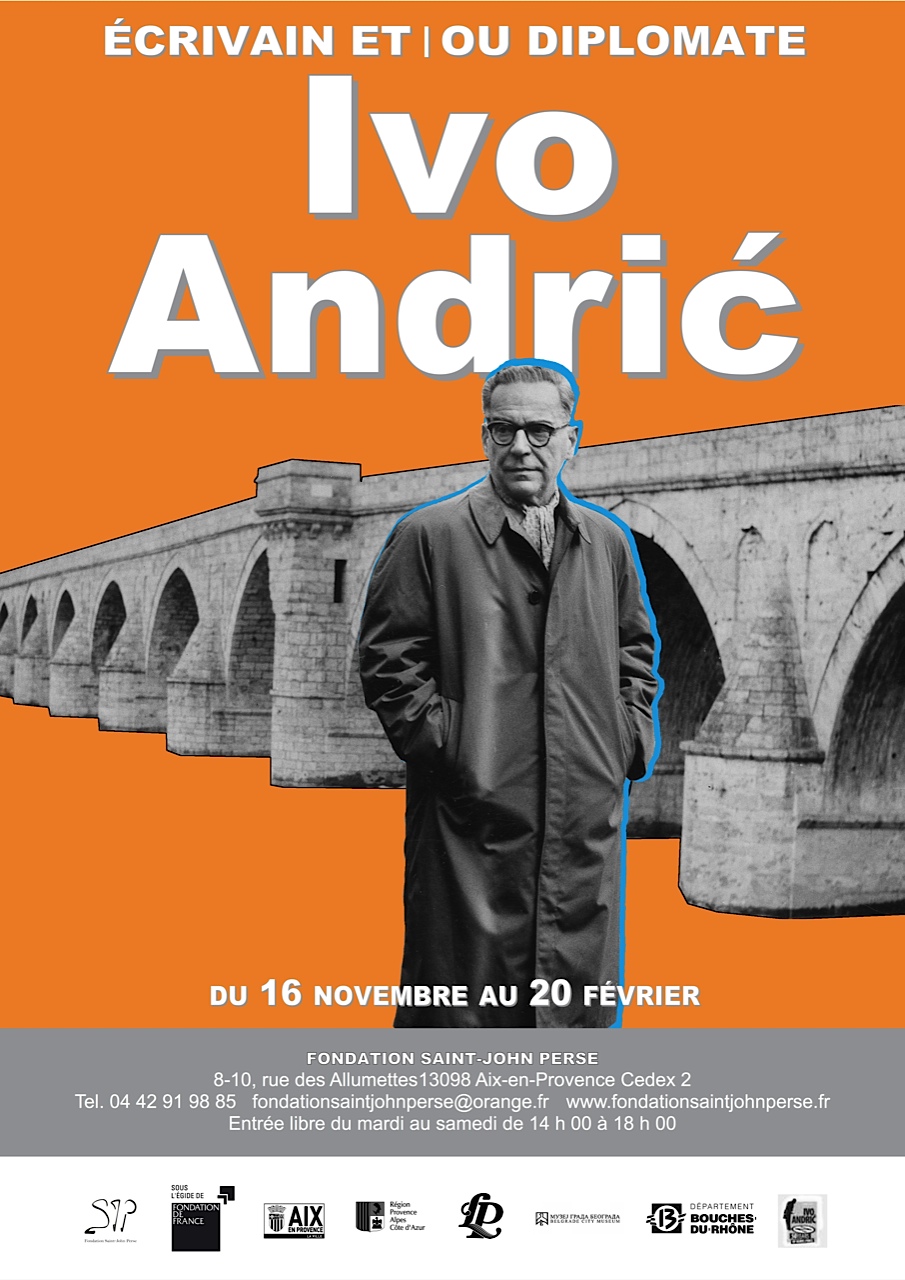 Presentation
Diplomat, writer, poet, Ivo Andrić is a man of the Balkans.
Born in Bosnia 1892 in a Croatian family, it will take Serbian citizenship and to die
Belgrade 1975. It is the most famous author and most translated (40 languages) the Serbo-Croatian literature.
It is the author and diplomat present the exhibition, in this year of commemoration of the terrible battle of Dardanelles. Andrić the diplomat, was involved in the turbulent history of these regions, it will even stay in prison in his youth, and Andrić the writer tell the country of origin, Bosnia.
Official of the Ministry of Foreign Affairs, as was Saint-John Perse and during the same period, he was also a Nobel laureate in 1961, a year after the poet.
Of literature, he writes : “Looks like she applies […] to wait the executioner, to suspend the inevitable decree of fate that threatens us and prolong the illusion of life and duration”.