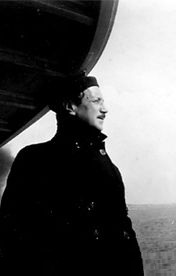 All manuscripts to the Foundation are inventoried and cataloged.

The manuscripts are not available online. They can not be in the premises of the Saint-John Perse Foundation Aix-en-Provence. In fact, only photocopies are searchable, the originals are too precious and fragile to be communicated or exposed.

For the same reasons, and to enforce the laws on intellectual property, manuscripts can not be photocopied. It is however possible, for editing or press, ask us for reproduction of a fragment of manuscript (copyright and reproduction costs to provide).

Before you go to Aix to consult manuscripts, contact the Foundation to announce your arrival and your intention to work on such and such a manuscript (identified by its side).

Consult notices manuscripts on the Internet and Foundation

These manuscripts were previously cataloged BN-Opaline (closed since 2007), they are today BN-OPAL PLUS..

With regard to manuscripts by Foundation, their records, once entered into the database of the Foundation (348 manuscripts) are no longer viewable, Alexandria base was abandoned in July 2002. However, we can refer to the Foundation paper copies of these records. They are being transferred in the Library catalog Méjanes.

Already transferred records are available online via the library catalog Méjanes at : http://www.citedulivre-aix.com/citedulivre/spip.php?article43 (Come in “Saint-John Perse” and in the field “mot” click “auteur”, then on the results page, in “tri système” click “type de support”, manuscripts appear just after the recordings).

To view a particular list of manuscripts and to raise the score or the ones that interest you, click one of the following :

– Manuscripts by other authors